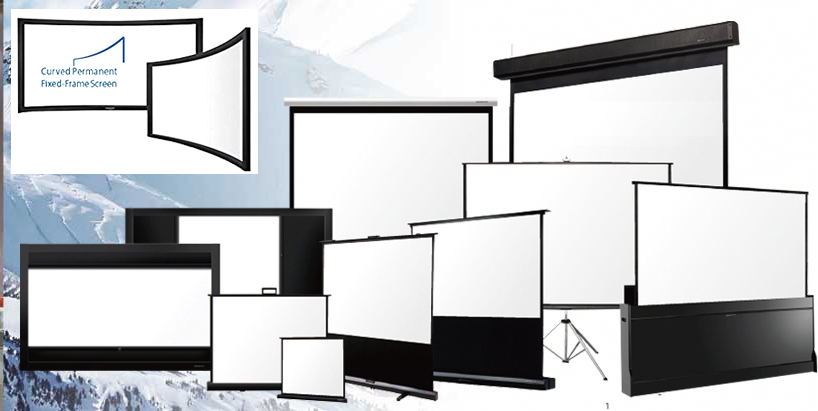 DSI Solutions works from offices, classrooms and auditoriums right through to home cinema and camera clubs. Our team of qualified, certified AV Technicians are available to help you out professional installations of your projector screen and related cabling work.

Projectors and screens can be installed with the option to fully conceal them, providing a sleek, minimalized solution. Screens can be automated and controlled remotely, making them very easy to use.

Some of new projectors have laser light sources, which means there is no lamp that constantly needs changing, increasing their reliability and lifespan.

Projectors can be roughly divided into three categories, based on the type of input. Some of the listed projectors were capable of projecting several types of input. For instance: video projectors were basically developed for the projection of prerecorded moving images, but are regularly used for still images in PowerPoint presentations and can easily be connected to a video camera for real-time input. The magic lantern is best known for the projection of still images, but was capable of projecting moving images from mechanical slides since its invention and was probably at its peak of popularity when used in phantasmagoria shows to project moving images of ghosts.

AV Technicians are available to carry out professional installations of your projector screen and associated cabling.